Inspired by a combination of Sew Vera Venus post of many P's, some 1930's skirt patterns I'd pinned.

And this...I even have similar shoes.

I started using the pencil skirt pattern I used last time from Gertie's new book for better sewing but modified it slightly. You may also recognize the fabric from this blouse.

So I changed the front pattern peice so it was cut not on the fold & added seam allowance.
You can see my original alterations adding ease to the hips etc. I did cut a few millimeters more as I wanted room to dance.
The red line is how high the godets were originally going to be, but I decided to change them once I pin fitted the fabric. 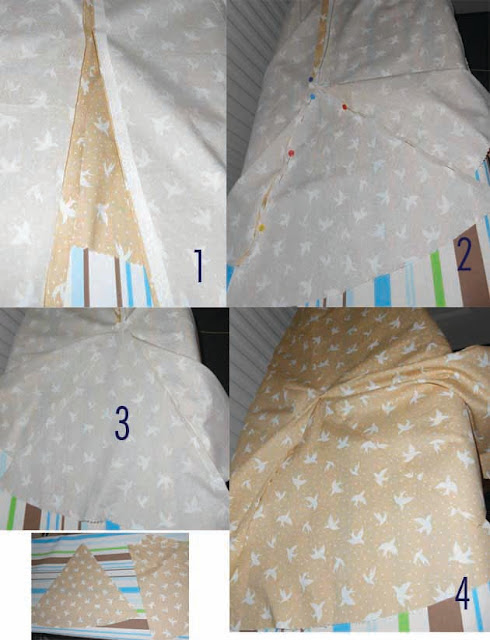 I used to be afraid of putting in godets now I've found out how easy they are I'm not anymore. Only issue I have is hemming and getting the godet the right 'level'. 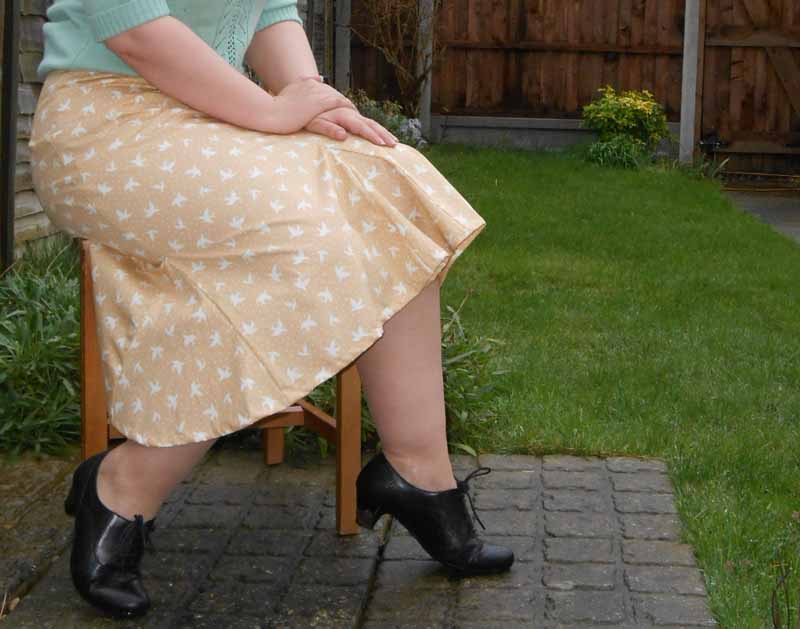 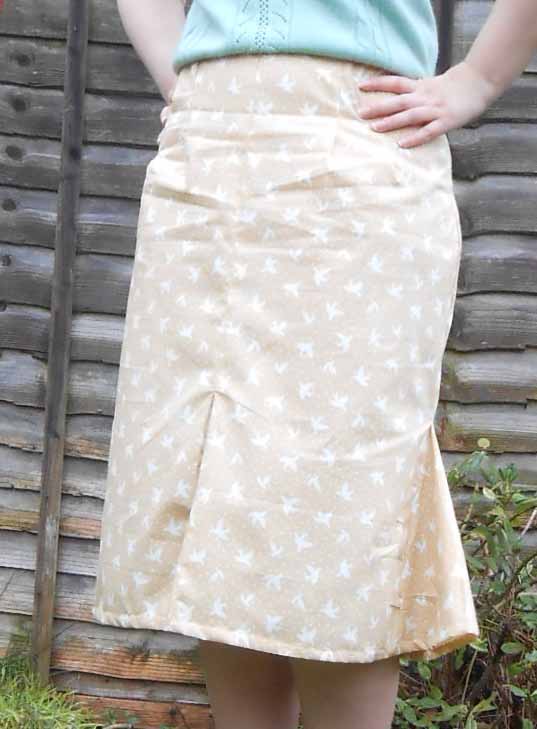 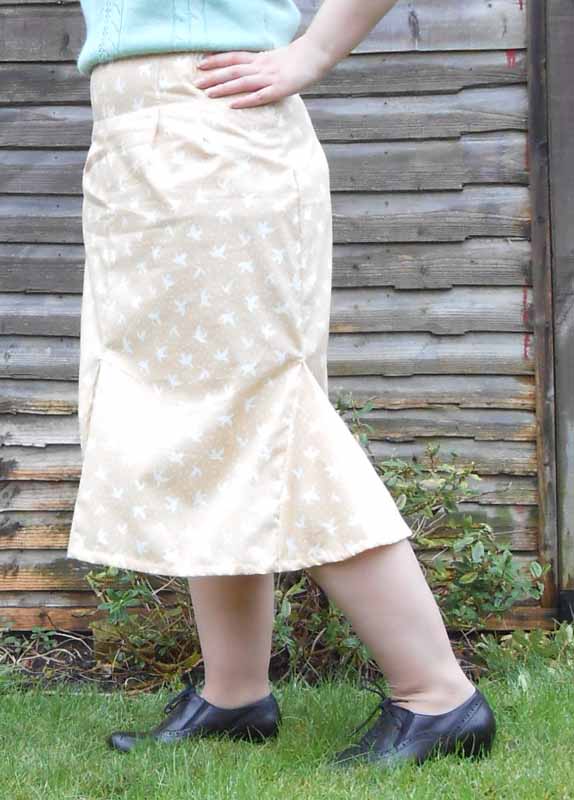 So I just hung up the skirt and trimmed the excess of the godets.
Pretty pleased how it turned out. Although only thing is the fabric shows every little wrinkle. 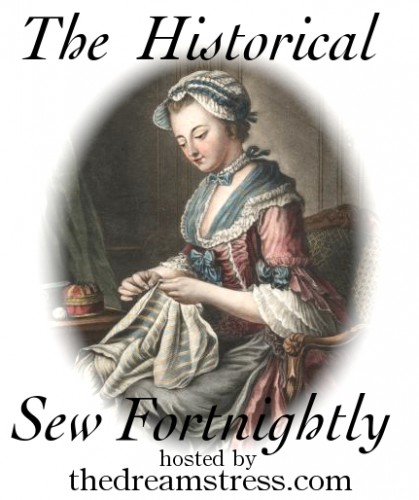 As this is for Historical Sew fortnightly - challenge #0 sew simple here are the facts
Fabric: 100% cotton + polycotton for contrast waistband

Pattern: Pencil skirt from 'gertie's new book for better sewing' with modifications (see post above)
Year: 1930's not sure of specific date

Notions: 1 zip wrong colour and too long coz it was all I had in my stash, interfacing, cream thread, 1 hook n eye.

How historically accurate is it? Not sure. As I'm no expert but it reflects the 30's images i've seen on the front of sewing patterns quite well and I'm using cotton (and you hear about cotton sacks being used for dresses in the depression era). So I'm guessing its resonably accurate. The zip is modern and I don't know about use of interfacing back then.

Hours to complete: I would say roughly week and a bit. I'd started it before the challenge was announced and thought I'd finish it off.

First worn: Couple of days ago for photoshoot. Will wear it again when the weather gets a bit better.

Total cost: I guess about £16
Break down of costs: Fabric £5.50per metre, I used 2 metres, but I managed to cut the skirt and a blouse from that 2 metres. Zip I think was around £3 mark but I can't remember as it was from stash. Interfacing was from my stash as was hook and eye. so I've just thrown in rough estimates for them. 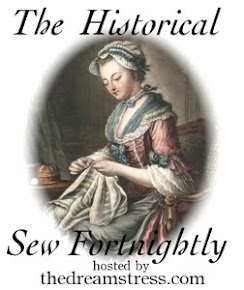 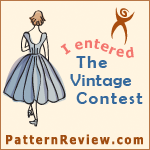 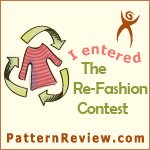